Should brands push agencies to meet diversity targets for staff? 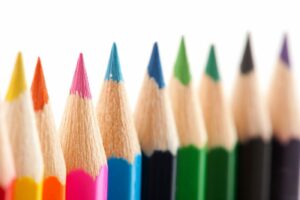 Agencies like to talk the talk about improving diversity within the ad industry, but too many have been slow to walk the walk.

If anything, the industry’s reputation around diversity has worsened this year following the sexism row that cost Kevin Roberts his job at Saatchi & Saatchi and the resignation of J Walter Thompson’s Gustavo Martinez over allegations of racist and sexist comments.

Airbnb chief marketing officer Jonathan Mildenhall hit out at how “white” Cannes was this year, lamenting how he was the only black person at the dinners he attended. It is such clients who could force agencies’ hands when it comes to addressing a lack of diversity.

Verizon, HP and General Mills have already called for better representation, specifically of women and ethnic minorities, at their agencies.

There is a similar trend in the UK. Suki Thompson, chief executive of Oystercatchers, says her intermediary has started to include diversity information in agency profiles “so that marketers have better in-formation to inform their decisions”. She says: “It couldn’t be any clearer to our industry – it’s time to proactively find the new guard of talent from all walks of life to work within marketing.”

The IPA wants 40% of senior agency positions to be filled by women, and 15% by people from non-white backgrounds, by 2020. The body recommends members take diversity lessons from other industries.

Media owners, particularly in TV, are leading the way. Channel 4 has launched its 360° Diversity Charter, which requires 20% of staff to be from a black, Asian or minority ethnic background by 2020.

Dan Brooke, chief marketing and communications officer at Channel 4, says: “The creative and commercial benefits of a diverse workforce are indisputable and we encourage our partners to head for the promised land too.”