The ethics of algorithms and the risks of getting it wrong 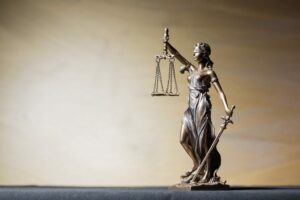 Machines started showing signs of life in the human imagination as far back as the mid-19th century – perhaps most notably in Samuel Butler’s 1872 novel Erewhon, where he wrote about the possibility of machines developing consciousness through Darwinian selection.

The idea of artificial intelligence (AI) has since become one of the most popular tropes in science fiction. With it, important questions have been raised over both the utopic and dystopic impact of increasingly clever machines on society and the way we use them to understand the world. While modern-day AI doesn’t look quite like Data from Star Trek or Jude Law in the Steven Spielberg film AI, technology and machine learning are evolving at a rapid rate and being used to make sense of an incomprehensible amount of data about people and the world.

As such, algorithms are being given responsibility for making decisions that impact our lives more than ever before. But it is becoming increasingly clear this is not always being done fairly or transparently. In some cases, it is actually being used to do harm and influence behaviours in morally dubious ways.